The natural bobtail is a characteristic feature of the Aussie.
As the different coat colors of the Australian Shepherd, as different is the length of its tail.

An Aussie can be a long tail as well as a natural bobtail (NBT). The length of a short tail may be different and is a genetic predisposition. In the country of origin of Aussies (USA) and in some other countries, the tail of the Aussies is docked, regardless whether the tail is long or semi- long. 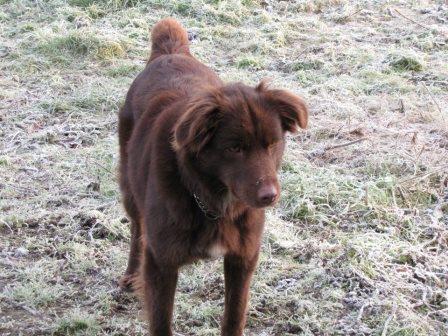 In the countries where docking is prohibited, people are sometimes confused about NBT dogs. In Europe the trend moves in a clear direction: people prefer the Aussie with long tails. Breeding is therefore less and less done with NBT dogs as it is sometimes difficult to find a home for puppies with short tails.

Quality wise a dog with a short tail is not worse or better than its Aussie relatives with a long tail.
NBT simply belongs to the breed of the Australian Shepherd!